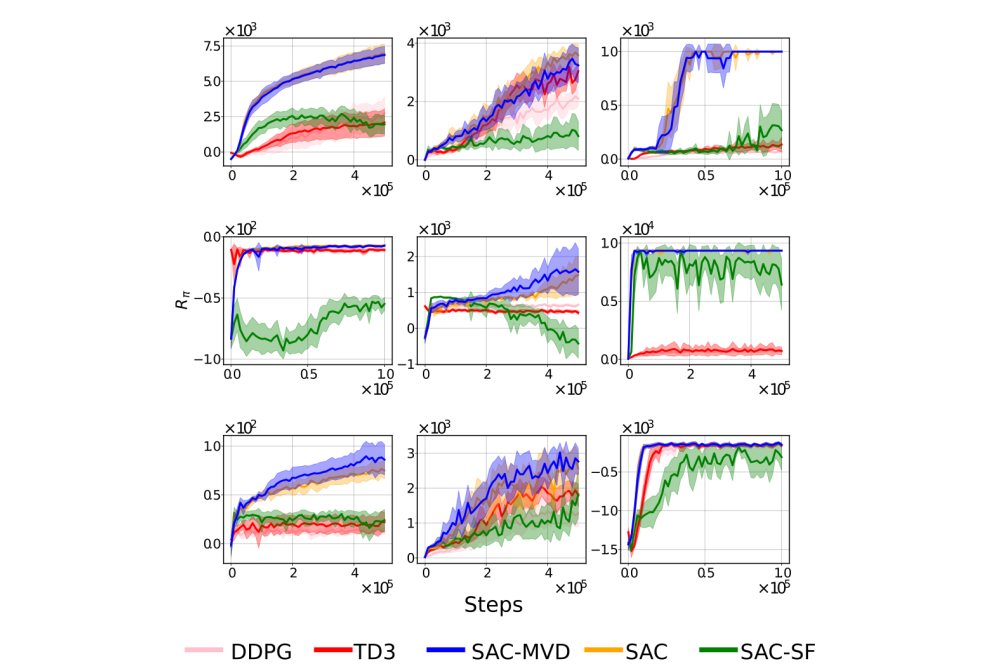 Figure 1: Policy evaluation results during training on different tasks in deep RL. Depicted are the average reward per samples collected and the 95% confidence interval of 25 random seeds.

Our research consisted in empirically comparing the performance of stochastic gradient estimators in high-dimensional continuous control tasks in robotics simulators. The idea behind these estimators is to compute the gradient of an expectation (the sum of rewards in a reinforcement learning task) with respect to distributional parameters. This computation is not easy, because the gradient of an expectation does not necessarily results in an expectation that can be solved through sampling. There are three known techniques to produce unbiased samples of the stochastic gradient – score-function, reparametrization trick and measure-valued derivative. In this work we studied these estimators in the context of policy optimization in reinforcement learning. We start from deriving the policy gradient using the different stochastic gradient estimators, and compare their errors in magnitude and direction with respect to the true gradient. Afterwards we empirically evaluate the estimators in different environments in on- and off-policy settings in increasingly more difficult tasks, from the Linear Quadratic Regulator to the MuJoCo simulator robotic tasks.

In this work we present measure-valued derivatives as a complement to the score-function and reparametrization trick estimators for actor-critic policy gradient algorithms. We empirically show that methods based on this estimator are a viable alternative to the commonly used ones, and most importantly we avoid resetting the system to a specific state as done in previous works, which is impractical in real systems, showing how MVDs are applicable to the general reinforcement learning framework.