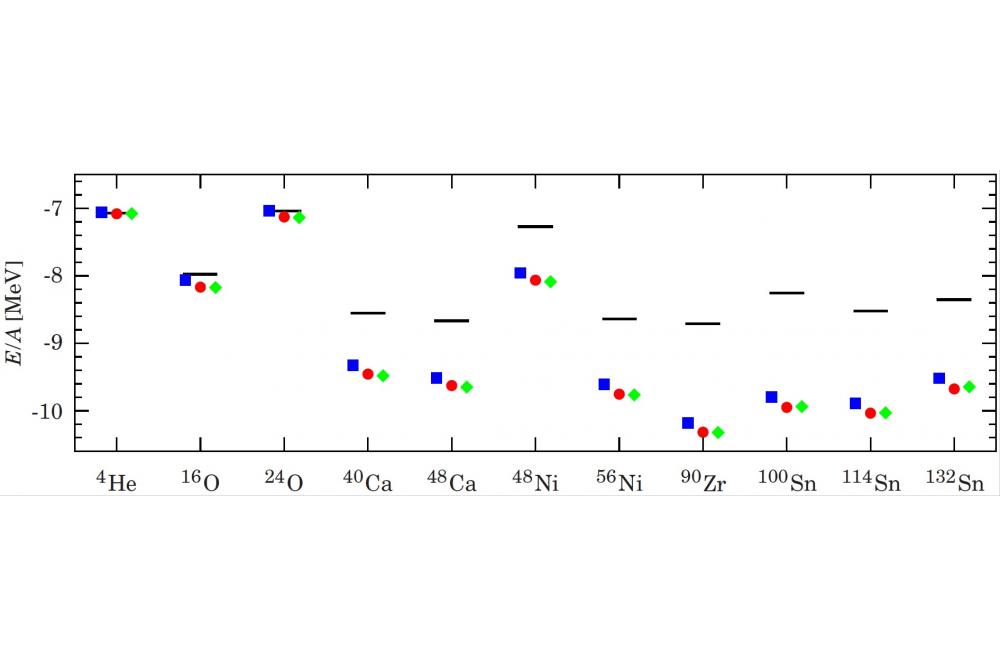 Fig.1: Ground-state energies per nucleon for a range of nuclei from 4He to 132Sn calculated with the CCSD (squares), IM-SRG (circles) and CR-CC(2,3) (diamonds). Black bars indicate experimental values.

Theoretical nuclear physics aims at a consistent theoretical description of nuclei as quantum-mechanical many-body systems and at a quantitative prediction of experimental observables such as ground-state or excitation energies.

In order to achieve this, two main challenges have to be overcome, namely the construction of a nuclear Hamiltonian and the solution of the nuclear many-body problem. An ab initio many-body method method that can be very successfully applied to heavy-mass nuclei in the vicinity of shell closures is the Coupled Cluster (CC) method.[1]  Recently, the InMedium Similarity Renormalization Group (IM-SRG) has been introduced as a new ab-initio method for solving the nuclear many-body problem. It uses the very efficient SRG flow-equation approach to directly extract nuclear structure observables, or to derive effective Hamiltonians as input for subsequent shell model calculations, showing the great flexibility of this many-body approach.[2]

We have derived an efficient set of IM-SRG flow equations and implemented them in C. By, for example, using Basic Linear Algebra Subprograms (BLAS) and parallelization, our code is highly optimized and scales very well with the number of CPU cores. Based on nucleon-nucleon and three-nucleon interactions derived from chiral effective field theory that were transformed through the free-space SRG for improving the convergence behavior, we used the IM-SRG for systematic studies of ground-state energies of closed-shell nuclei up to 123Sn. Furthermore, we validated this new many-body approach by comparing the results to those of the most advanced CC approaches, namely the CCSD and CRCC(2,3). Therefore, Fig. 1 shows binding energies per nucleon for a range of nuclei from 4He up to 132Sn based on calculations with the IM-SRG, CCSD, CR-CC(2,3) and on experimental values. We observe a deviation between the IM-SRG and the CCSD below 1.5 % whereas the IM-SRG and the CR-CC(2,3) deviate at most 0.4 % from each other, which is a remarkably good agreement. A comparison of results of the IM-SRG with experimental binding energies reveals that the light nuclei up to 24O are very well predicted, whereas the heavier nuclei are consistently overbound by about 0.8-1.6 MeV per nucleon. In conclusion, we can see that the IM-SRG is a very promising tool of nuclear structure theory which is especially illustrated by the very good agreement with the sophisticated CR-CC(2,3) approach.

As the IM-SRG is a very flexible tool, we can use its formalism for various other purposes. For example, we have started to use the IM-SRG for calculating excited states and observables and plan to derive effective Hamiltonians for a subsequent use in shell-model calculations. Furthermore, we are in the process of generalizing the formalism of the IM-SRG to a multi-reference formulation which enables us to apply the IM-SRG directly to open-shell nuclei.