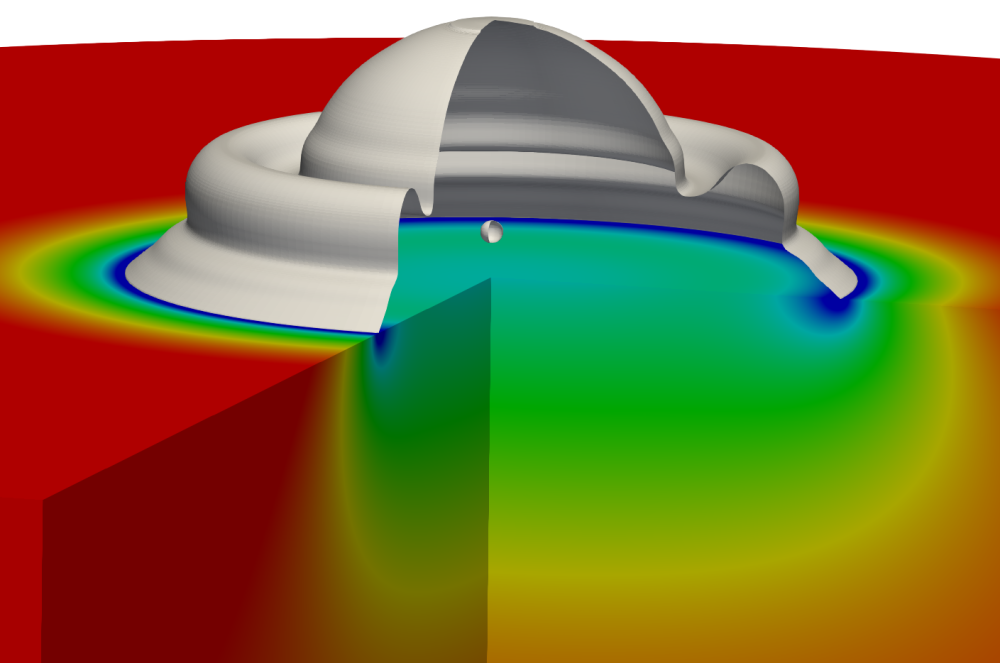 Figure 1: Vertical coalescence of two drops on a smooth, heated substrate. The colors indicate the temperature of the substrate.

Spray cooling is a very effective method for cooling of electronic devices. The study of the impact of single and coalescing drops onto a superheated wall contribute to a better understanding of the complex hydrodynamics and heat transfer mechanisms during spray cooling. Special consideration is given to the three-phase contact line, where solid, liquid and vapor meet and high evaporation rates are observed. Accurate calculations of the hydrodynamics and heat transfer require large computational effort.

The governing equations of the numerical model describe the conservation of mass, momentum and energy for incompressible fluid flow. Heat and mass transfer at the liquid-vapor interface is accounted for in source terms. To track the interface, the volume-of-fluid method is used. A subgrid model accounts for hydrodynamics and heat transport mechanisms on a microscale in the vicinity of the three-phase contact line. The results from this subgrid model are implemented in the form of correlations in the overall numerical model.

The solver is used to study the vertical coalescence of two drops impacting successively onto a smooth, superheated substrate. The second drop impacts when the initial drop is still spreading since in this case high heat transfer rates are observed, as previous studies have shown. The influence of the most dominant non-dimensional numbers, i.e. Reynolds, Weber, Bond and Prandtl number, is studied.

Four different phases of the impingement scenario are identified for the case of the vertical coalescence during the spreading phase of the initial drop: first spreading phase, coalescence
phase, second spreading phase, receding phase and sessile drop phase. Since the heat transfer during the spreading of the drops is dominated by high convective heat transport, the maximum heat flow is observed just before the maximum contact line radius is reached. The spreading ratio of the coalesced drops is found to increase with increasing Reynolds, Weber and Bond number. This confirms that the spreading of the drops is driven by inertial forces. The slower receding of the drops with increasing Weber numbers shows the dominance of the surface tension forces during the receding phase. Dimensionless heat transfer from the wall to the drop is found to increase with decreasing Reynolds number and increasing Weber and Bond number. Decreasing the Reynolds number and keeping the Prandtl number constant at the same time one needs to increase the thermal diffusivity of the fluid which increases heat transfer. At a given time instant during the receding phase, higher Weber numbers result in comparable larger wetted areas and thus higher dimensionless heat transfer rates. Increasing Prandtl number results in lower dimensionless heat transfer. Higher Bond numbers correspond to higher gravitational forces which lead to larger spreading and thinner films and thus higher dimensionless heat transfer rates. These findings agree well with earlier studies for the case of the single drop impact. In upcoming studies, the horizontal coalescence of two drops as well as the single drop impact onto structured surfaces will be studied numerically.