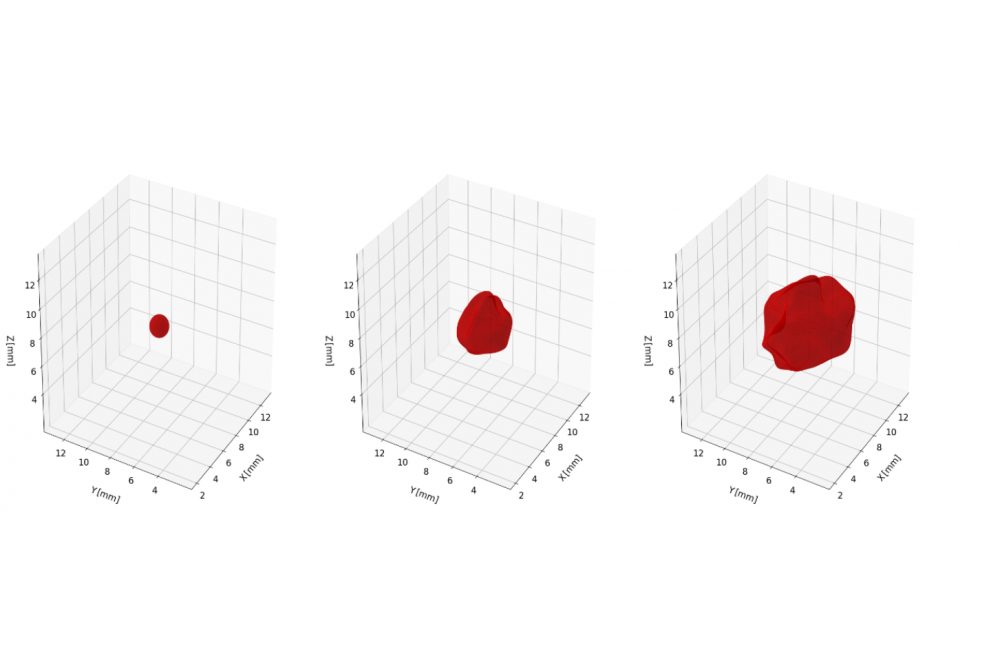 Figure 1: Evolution of ignition kernel during a successful ignition process of fuel-rich H2/air mixture with ϕ=5.1 in turbulence. The initial hot spot radius is 0.8 mm and the temperature is 1500 K. The turbulence intensity is 1.864 m/s. 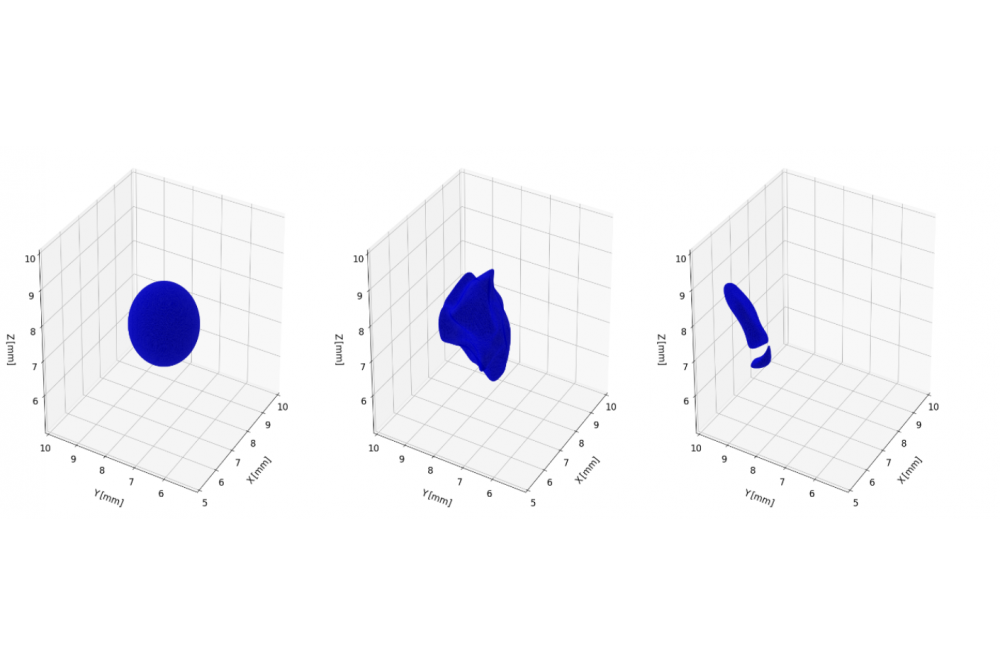 Figure 2: Evolution of ignition kernel during a failed ignition process of fuel-rich H2/air mixture with ϕ=5.1 in turbulence. The initial hot spot radius is 0.8 mm and the temperature is 1500 K. The turbulence intensity is 4.0 m/s.

Understanding forced ignition in turbulence is relevant to the development of next generation highefficiency, low-emission engines. However, the dynamic of ignition kernel evolution under very intense turbulence conditions has still not been fully understood due to the complex interactions between turbulent eddies and the ignition kernel. The traditional view of turbulence effects on ignition kernel formation is that turbulence renders ignition more difficult due to turbulence dissipation and the transition in the combustion mode.
However, this classic conclusion is recently challenged by the discovery of turbulence facilitated ignition in mixtures with Lewis number sufficiently greater than unity [1-3]. According to the latest findings, in the presence of turbulence, the otherwise spherical flame with a uniform, positive, curvature will be wrinkled, leading to an embryonic flame structure with both locally positive and negative curvatures. For mixtures with Lewis number sufficiently greater than unity, the wrinkled flame kernel segments with negative stretch can enhance reaction rate through differential diffusion and move away from incipient extinction to serve as local ignition sources for successful flame propagation. Therefore, the effects of turbulence on ignition kernel stretch are brought into sight. Ignition of reactants with sufficiently large Lewis numbers by an energy deposition is a common scenario in spark-ignition engines, which mainly burn lean heavy hydrocarbon/air mixtures.
So far, none of the available models can describe this experimental phenomenon in these mixtures. Therefore, it is necessary to understand the detailed mechanism of turbulence effects on ignition kernel evolution in turbulent mixtures. For detailed investigation of turbulence facilitated ignition, threedimensional (3D) direct numerical simulations need to be performed to assess the turbulence-chemistry interaction with respect to the experimental conditions of Wu et al. [1] and Shy et al. [2]. These comprehensive simulations require high computational capacity as all time and length scales of the flow field and the chemical reactions need to be resolved. The findings will later on be used to derive simplified models to reduce computational costs.

We employ a software called DINOSOARS which contains a low-Mach number formulation for reacting flows to simulate the development of ignition kernel in turbulence. While reaching high order in space and time, the software can be efficiently used on large parallel supercomputers, as demonstrated for more than 10, 000 cores on SuperMUC. The parallelization relies on an efficient 2D domain decomposition thanks to the 2DECOMP&FFT library. The kinetics, transport and thermodynamic properties are computed by coupling with Cantera 1.8 and Eglib 3.4. For stiff systems, a fourth-order split semiimplicit Runge–Kutta approach based on Radau-5 and a third-order additive Runge–Kutta method have been implemented. All these features make DINOSOARS a promising tool to investigate complex turbulent flows involving reactions.

During the first period, we implemented two kinds of hot spot into the code: an initial temperature profile characterized by Gaussian distribution and an energy deposition term in energy conservation equation.
Both two definitions of hot spot can well characterize the development of ignition kernel. However, energy deposition term results in a higher initial temperature, which needs a better resolution and more computational cost. Therefore, an initial Gaussian-shape temperature profile is used to represent the hot spot after assessment.
During the second period, we first fixed the radius of the hot spot and determined the critical ignition temperature for the static flow. Then turbulence flow fields with different intensities were added. As shown in Fig. 1, for a low turbulence intensity, the flame kernel is wrinkled by vortex while it can still successfully propagate outwardly. When the turbulence intensity is further increased in Fig. 2, the turbulent kernels are distorted with positively curved structure and ignition fails.

The results indicate that the strong mixing induced by turbulence extinguishes the kernel and turbulence renders ignition more difficult to occur. This implies that some mechanisms which are important in experiments are still not captured by numerical simulations. In future works, we will carry out an analysis of transport effects on the DNS data. Besides, we will change the shape and size of the ignition kernel in numerical simulations to get a further understanding of the stretch effects on the ignition process.