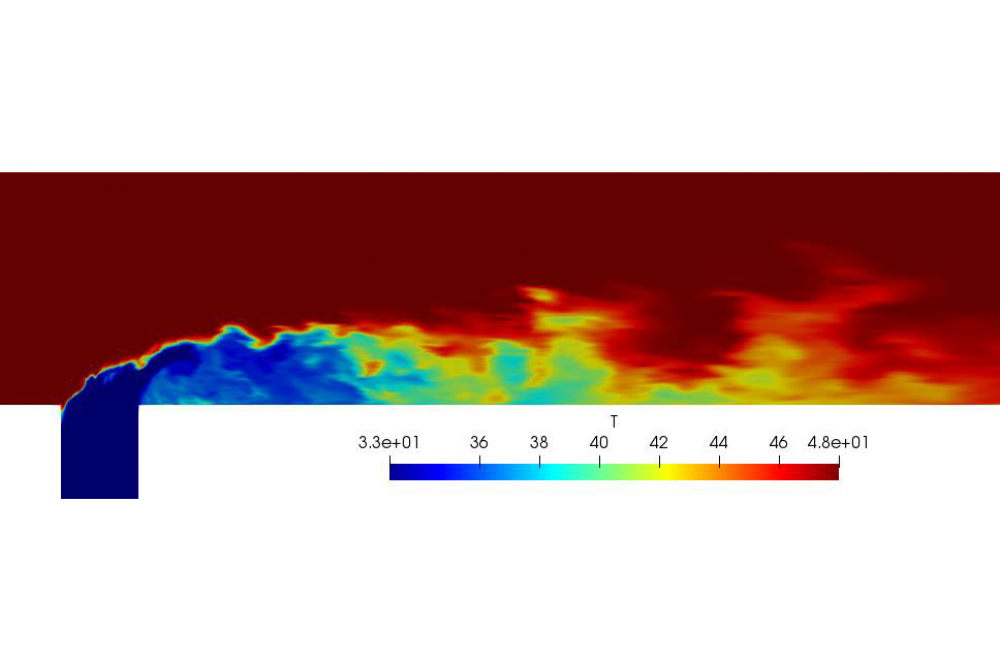 Figure 1: Contours of the instantaneous temperature field in the “wall-jet” case. 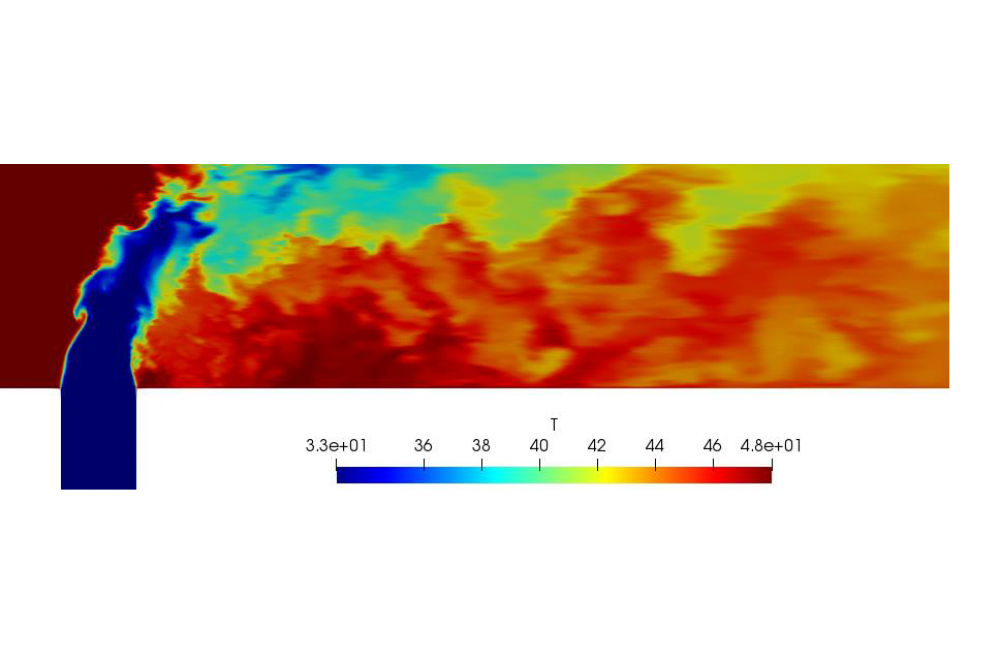 Figure 2: Contours of the instantaneous temperature field in the “impinging-jet” case.

This project aims into testing the ability of the scale-adaptive turbulence model christened “Instability Sensitive Reynolds Stress Model” to reproduce industrially relevant cases of complex flows at high Reynolds number. As a representative flow configuration, we choose the case of thermal mixing of two fluids in the T-Junction geometry. As a result of momentum differences between streams, multitude of flow configurations may establish in the mixing zone. Depending on the resulting flow structures, thermal pulsations may exhibit spectral peaks in the frequency-range that is well-correlated with fatigue-propagation in the surrounding walls. This phenomena is industrially known as thermal-stripping. It is therefore in the scope of this work to simulate the afore-mentioned phenomena and achieve congruency with experimental data.

System of conservation equations including mass, momentum and energy equation is being solved using the finite-volume based, open-source C++ solver OpenFOAM. Temperature differences between streams are sufficiently small to use the incompressibility assumption for the flow, which simplifies the calculation. A novice turbulent modelling paradigm, introduced in the previous section aims into partially resolving turbulent spectrum. In this way, frequent signatures of the thermal fluctuations may be recovered. As a sub-grid model, full Reynolds-stress tensor is being calculated, adding 6 additional equations to the system. Since the dynamics of each tensor-component is modelled individually, turbulence model is able to reproduce the correct spectral behaviour at much lower meshing cost in comparison with current LES models.

Typical mesh size for this case was approx. 18 million cells which is around 5 -7 times lower in comparison with similar cases performed with LES. Depending on the momentum distribution between streams, following configurations occur in the flow: “wall-jet” configuration, where the branch stream carries low momentum and is forced to bend towards the pipe wall by the main-pipe stream; “impinging-jet” configuration, where the branch-stream penetrates completely the main-pipe stream and impinges the opposite wall of the junction; “deflecting-jet” configuration, with nearly equal momentum distribution between streams, where branch stream mixes uniformly with the main-pipe stream. Comparison of numerical and experimental data showed high level of congruency, both in terms of mean- and rms- statistics of velocity and temperature. Additional sampling of spectral signatures for temperature field was performed in order to evaluate the effect of resulting flow structures on the thermal stripping.

It was found that the “wall-jet” mixing configuration results in flow structures that ultimately give highest risk of thermal stripping. Due to the low momentum, branch stream is sharply decelerated in the vicinity of the mixing zone and forced to separate at the trailing edge of the junction. This creates a large mixing wake in the vicinity of the lower wall. At the trailing edge of the junction and along the wake-boarder, this low inertia fluid mixes poorly with mean-stream which causes high temperature gradients of temperature field and results ultimately in its high variance. Additionally, large scale coherent switching structures, similar to the Von-Karman vortex street appear in the mixing wake. Switching frequency along with its higher harmonics fall in the unfavourable frequency range of temperature pulsations, responsible for fatigue development. This leads to the conclusion that the flow configuration with high difference in momentum distribution between streams offers a greatest risk for structural failure, caused by thermal stripping.