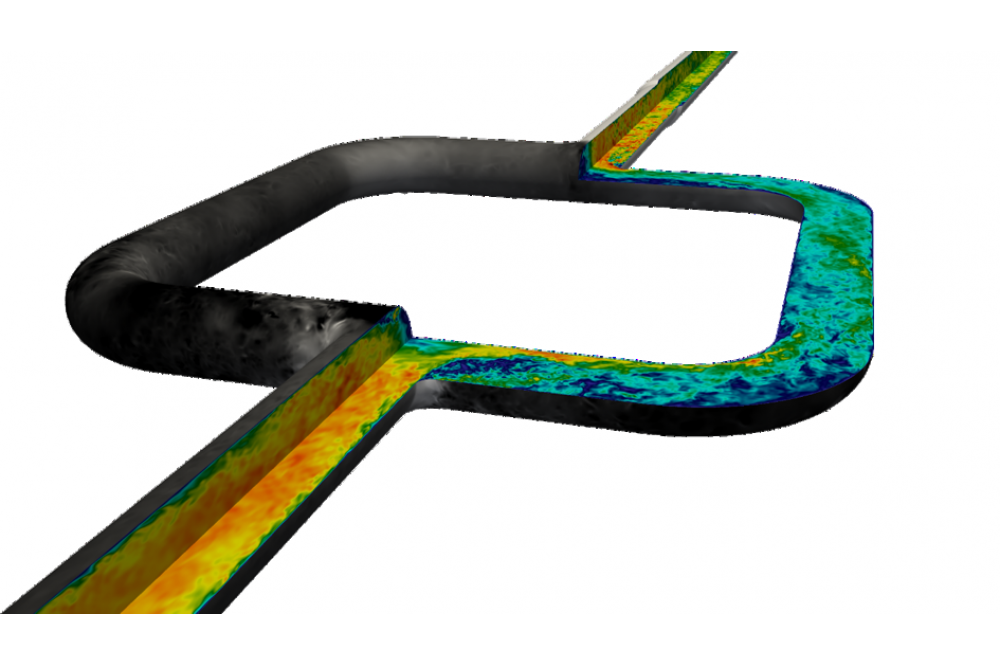 Figure 1: Illustration of generic cooling channel with the instantaneous velocity field (colored)
and the surface pressure (back and white) with a bulk Reynolds number of Re = 14000
calculated by WALE with a 330 million cell mesh.

The underlying research project deals with the flow accelerated corrosion and erosion in cooling systems of combustion engines and their numerical prediction as well as the detection of critical flow configurations. The expected physical phenomena in such cooling systems are multifarious and include, beside the flow physics itself inter alia conjugated heat transfer, boiling effects, cavitation, erosion and flow accelarated corrosion. The challenging task of this project beside capturing the correct flow behavior is the merge of the listed phenomena and the prediction of the interaction between them within one numerical simulation especially with a reasonable computational effort.

The governing equations are implemented in the open source toolbox OpenFOAM version 1912 of the ESI group for continuum-mechanical problems. Depending on the observed problem, the
velocity and pressure field are coupled by the Semi-implicit Method for Pressure Linked Equation (SIMPLE) for steady simulations and the Pressure-Implicit with Splitting of Operators (PISO) algorithm for unsteady simulations. The resulting system of linear equations is solved iterative using multi-grid methods. A speed up by parallelization is achieved by domain decomposition whereby mostly the Scotch library, designed to minimize communications costs between the sub-domains, is used.

The developed reference databasein terms of the high accuracy large eddy simulations allows the characterization of the isothermal flow field and indicates potential critical regions where local temperature increases may occur in the case of a constantly heated wall. The flow within the generic cooling channel is strongly influenced by the given flow guidance, starting with the division and the impact on the pipe wall, the subsequent double deflection with an angle of 90° and the reunion with the associated frontal impact of the divided flows. The described complicated flow guidance results in a multiple change of flow direction of the fluid particles,
which is caused by the acceleration and deceleration of them and results in significant spatial gradients of the velocity within the flow. Gradients in the velocity field describe a shear effect within the flow and serve as a motor for the production of turbulence, which can be seen especially in the region of division and reunion in the form of the very small-scale structures in figure 1.

The increased turbulence production as well as the described flow characteristics such as the wall impact in the flow division also lead to a significantly stronger shear on the wall in the form of more pronounced wall velocity gradients, which is linearly related to the load on the wall as a result of the flow and inevitably leads to a stronger wall shear stress, especially
in the region of flow division. In the case of a constantly heated wall, regions of low flow activity, characterized by low velocity, are of particular interest, since the convective transport is reduced compared to the main flow and any energy absorbed due to the heated wall leads to a local temperature hot spot in such regions. The described regions of low flow activity can be
found after the flow division and reunion, as well as downstream of the deflections, the latterbeing more critical due to the halved volume flux within the deflections by the flow division. Especially the second deflection is detected as highly critical in the thermal simulations with phase change, resulting in the global highest wall temperatures and the most active wall boiling behavior. An analogous behavior was also observed in the complementary exeprimental investigations, whereby a massive surface degradation additionally occurred in the described location resulting in a macroscopic change of the surface contour. The numerical and experimental comparison provided a phenomenological explanation for the described massive surface degradation, where possible phenomena such as cavitation and corrosion could be excluded by the numerical investigations, and the probable cause in the form of strong wall boiling behavior could be postulated, whereby in particular here it most probably leads to a so-called boiling crisis, i.e. film boiling, which means that the strong wall overheating associated with film boiling has caused the massive surface degradation.

The small insight into the computationally intensive numerical investigations carried out and the resulting findings are only possible in this form thanks to the resources of the high-performance computer and will be continued in the following. In particular, the generation of the reference data basis hasn’t yet been finalized, since the determination of the turbulent quantities, such as the Reynolds stress tensor, requires significantly more averaging time than, for example, the velocity field. Furthermore, the thermal simulation including the heat conduction within the solid sample will be extended by additional experimental parameters and an extensive validation will be carried out simultaneously.