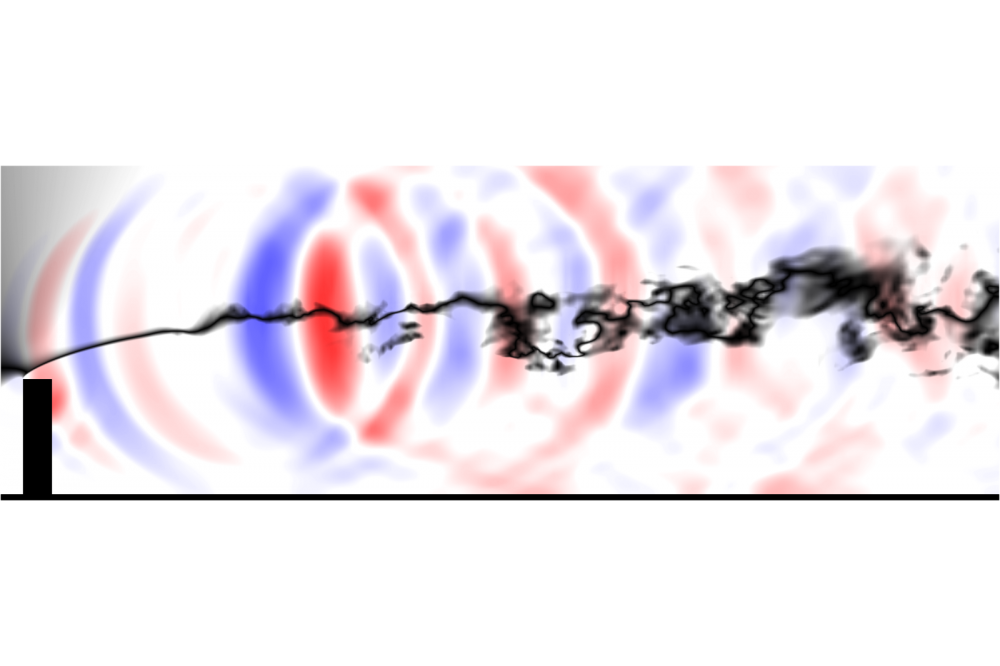 The ExaFSA project aims to combine the two dominant trends in engineering simulations: multiphysics and high-performance computing. As such, its goal is to establish software environments that allow for large-scale parallel simulations of three-way coupled problems, namely problems that comprise interacting flow, acoustics, and structure subproblems. Application to theses simulations are cases in which flow-induced structural movement and flow-generated noise are combined, such as flexible parts of moving vehicles.

We employ the incompressible flow solver FASTEST to simulate the flow and the acoustic near-field with a viscous/acoustic splitting approach. FASTEST is coupled to the structural solver FEAP to also perform FSI. Finally, we use the Discontinuous Galerkin solver Ateles to propagate acoustic waves into the far-field. This approach takes advantage of the participating solvers in various ways. While FASTEST is a flow solver that is flexible in terms of modelling capabilities. It allows various kinds of turbulence modelling, has long been used for FSI, and contains multi-phase and optimization modules. Ateles provides higher order schemes that are necessary to efficiently achieve low dissipation and dispersion in wave propagation. While the coupling of flow and acoustics in the near-field is handled within FASTEST itself, we use the coupling library preCICE to couple between the three participants. Crucial method choices also include the use of Detached-Eddy Simulation to account for turbulence, Quasi-Newton coupling schemes to accelerate convergence of the implicit FSI coupling, and inter-node communication within preCICE to maintain scalability of the coupling process.

During the first period, the CFD software FASTEST was updated to integrate an acoustic solver as well as coupling to an external structural solver. A test case for further research was specified that comprises all of the FSA subproblems, while maintaining academic simplicity. For this test case, the flow over a swept (flexible) fence, first simulations runs were performed to study the behaviour of the flow subproblem. First attempts at a coupled CFD/CAA simulations were made and problems of the underlying acoustic/viscous splitting method, such as the transient evolution of the pressure field, are identified. The swept fence serves as real-world test case for algorithms and numerical schemes developed within the ExaFSA project. During the second phase, the fence setup was transferred to SuperMUC. The work on Lichtenberg comprised the examination of numerical errors of the acoustics solvers (FASTEST and Ateles), both as stand-alone and in a coupled setup. A little-known behavior of the underlying numerical scheme of the FASTEST solver was detected. Improvements of the implementation of this scheme are currently being tested. This works towards experimenting with coupled time-stepping algorithms. In addition, the fence setup was modified in regard to materials and boundary conditions, such that we can now move from proof of concept towards a realistic setup.

In multiphysics simulations for engineering applications, problems are typically treated either via a monolithic approach that integrates the description of all physical domains into one set of equations or by partitioning them into various coupled subdomains, each of which is to be treated by a specialized solver. The latter case offers distinct advantages, such as re-usability of existing solvers suitable for only one physical domain, increased efficiency of said solvers due to an easy adaption of the numerical methods to the problem description, modularity and thus, a broad applicability. To increase their solution quality as well as the problem size (as real-world engineering applications demand), multiphysics simulations, even more than simulations on single physical domains, require execution on massively large parallel systems. To prepare them for the exascale age, various problems that restrain the performance of domain partitioned solution approaches have to be solved. In this project, called ExaFSA, which is embedded in the DFG priority program SPPEXA, the solution of fluid-structure-acoustics (FSA) interaction problems on partitioned domains are to be examined in the described context. The general goal is to establish en efficient FSA solver environment. 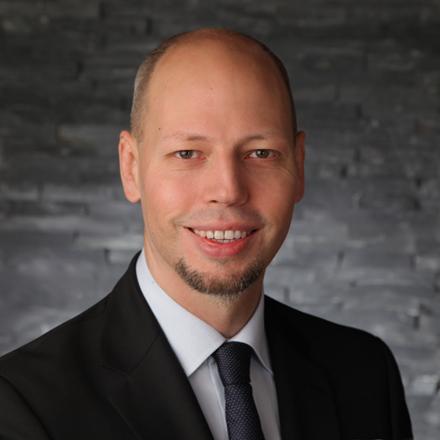