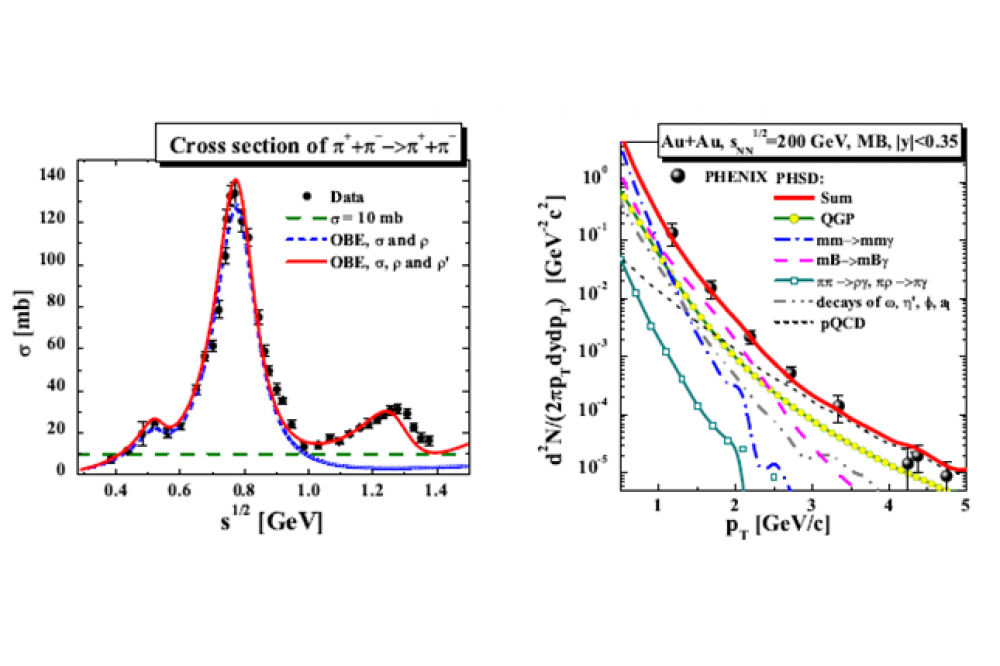 Fig. 1: Left: OBE model for pion+pion scattering. Right: Our full calculations for direct photon yield from the PHSD are shown by the red lines and the PHENIX data by the symbols.

Our ultimate goal is to understand the dynamical properties of the partonic phase with quarks, antiquarks and gluons as dynamical degrees of freedom (strongly-interacting QGP) and the phase transition to an interacting hadronic system that is colorless and confined. During 2012-2014 we focused on studying how the phase transition and the properties of the QGP are reflected in the emission of photons.

We have investigated[1,2] the transverse momentum spectrum and the elliptic flow v2 of photons produced in Au+Au collisions at relativistic energies. The photons of low transverse momentum (pT<3 GeV) are of special interest, because they have been expected to originate dominantly from the thermal sources, i.e. the radiation from the strongly interacting Quark-Gluon-Plasma (QGP) and the thermalized hadronic matter. Microscopic description of the collision evolution was done using the covariant off-shell transport parton-hadron-string dynamics (PHSD), which has been developed by W. Cassing and collaborators.[3-5] Our calculations[1,2] reproduced the transverse momentum spectrum of the photon as measured by the PHENIX Collaboration at the Relativistic-Heavy-IonCollider (RHIC).

We have shown that the QGP channels constitute about a half of the observed direct photon spectrum, with the rest coming from the secondary meson and baryon interactions. In particular the contribution of the bremsstrahlung in the meson+meson elastic scattering turned out to be important. Therefore, we have improved the modeling of this channel by going beyond the soft photon approximation, which has been used in the transport approached up to now. We calculated the process m+m->gamma+m+m in the oneboson-exchange model with the effective Lagrangian fitted to the pion+pion scattering data (see left figure) and implemented the obtained cross sections into the PHSD. The resulting comparison to the PHENIX measurements is shown in the right figure.