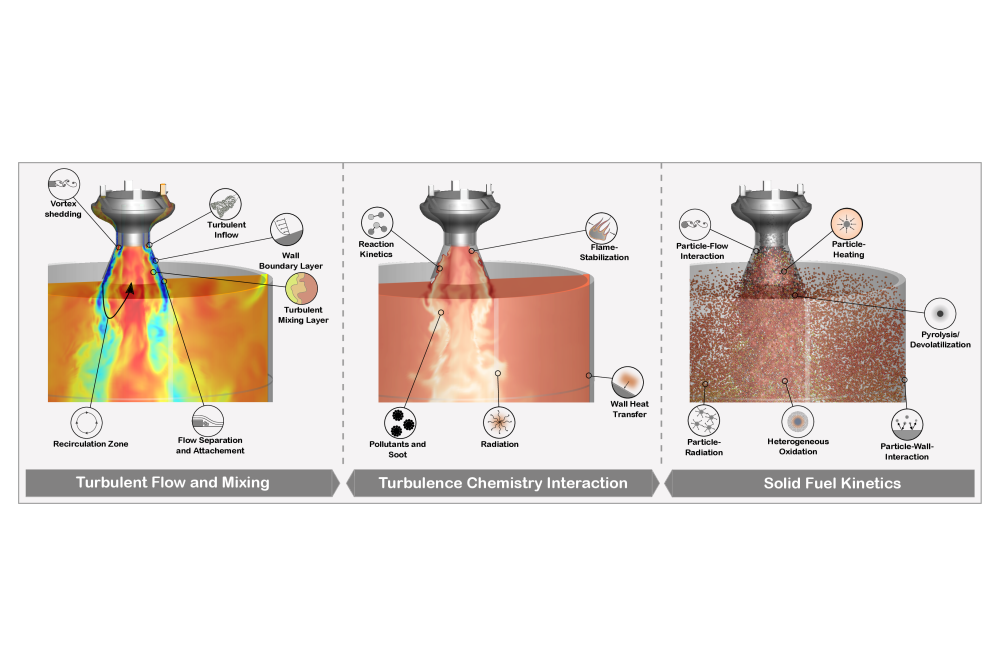 Figure 1: Schematic representation of the physical processes inside a solid fuel combustion
chamber [8].

Among the major sources of energy supply, pulverized coal combustion (PCC) will remain one most dominant contributors in the foreseeable future due to the abundant availability. However, to meet climate change goals and limit global warming, a drastic reduction of CO2 emissions from hydrocarbon fuel-based power plants is required. In the context of carbon capture and storage technologies (CCS) for rapid CO2 reduction, oxy-fuel combustion has one of the greatest potentials. By replacing N2 with CO2 in the oxidizer, flue gases are almost entirely composed of CO2, therefore facilitating its capture and utilization. However, the different thermophysical characteristics of CO2 influence the combustion process substantially. Numerical simulations and especially 3D-Computational Fluid Dynamics (CFD), can provide insights into the reaction and transport processes. In combination with experiments, 3DCFD simulations enable a deep understanding of oxy-fuel coal combustion at various scales, i.e., from processes on the single-particle scale up to reactors on the industrial scale. The simulations’ predictive capabilities depends significantly on the quality of the submodels and their interaction. As shown in Figure 1, the turbulent combustion of pulverized coal particles can be divided into three main modeling aspects, each involving several fundamental phenomena. All of these phenomena are strongly coupled, which requires not only the assessment of individual models but also the investigation of the interaction of different submodels in the holistic model.

This work aims to contribute to an efficient and predictive holistic modeling framework for simulating pulverized solid fuel combustion. Therefore, submodels were assessed, further developed, and coupled, resulting in an overall modeling approach beyond the state-of-the-art. The coupling of the seamless solid fuel kinetics with a flamelet-based description of the gas-phase in the framework of Large-Eddy Simulation (LES) and its application to combustion chambers was performed for the first time in this project. Within this project, numerical simulations are conducted with the research code FASTEST. The finite volume code uses a block-structured boundary fitted mesh consisting of arbitrarily shaped hexahedrons. The filtered Navier-Stokes equations are solved in a low-Mach number formulation with second-order accuracy in space and time. Additionally, the temporal evolution of the solid particles is described by Lagrangian point particles.

The high complexity involved in the simulations of PPC requires a seamless validation of the modeling framework ranging from single-particle combustion over the laboratory-scale experiments to the pilot-scale combustion chamber. First, the transition from single-particle to particle group ignition and combustion was simulated in a laminar flow reactor operated with a premixed flame [3,4]. This configuration allows investigations of devolatilization and ignition of solid fuel particles under realistic heating rates. Overall, the mixture and flame formation was well reproduced by the applied modeling approach. Next, the complexity level was increased by considering an optical accessible laboratoryscale chamber, in which solid fuel combustion is stabilized and assisted by a swirled methane flame [1,6]. Two different thermal loads, one where the thermal power from coal equals the assisting gas flame and one where the solid phase supplies approximately one-quarter of the nominal thermal power, were investigated. The model reproduced the essential flow characteristics of both operating points well. The final configuration considered was a self-sustaining pulverized coal combustion chamber that was operated under air and oxy-fuel conditions [2,7]. At this configuration, the full complexity of the model was required. Good agreement between simulations and experiments was found for the available velocity fields, which tend to better agree at locations close to the burner. In this study, coupling detailed gas-phase kinetics by means of flamelet-based tabulation approaches with detailed solid fuel kinetics for the entire particle conversion process in a LES framework was performed for the first time to the authors’ knowledge.

One of the key findings of this work was that Large-Eddy simulation, in conjunction with flamelet-based tabulated chemistry, detailed solid fuel kinetics, and radiation modeling, enables the prediction of the combustion of pulverized solid fuels under oxy-fuel conditions at various scales. In the context of oxy-fuel combustion, biomass is an attractive alternative solid fuel due to its potential for negative CO2 emission. Hence, biomass combustion should be considered in the future research.