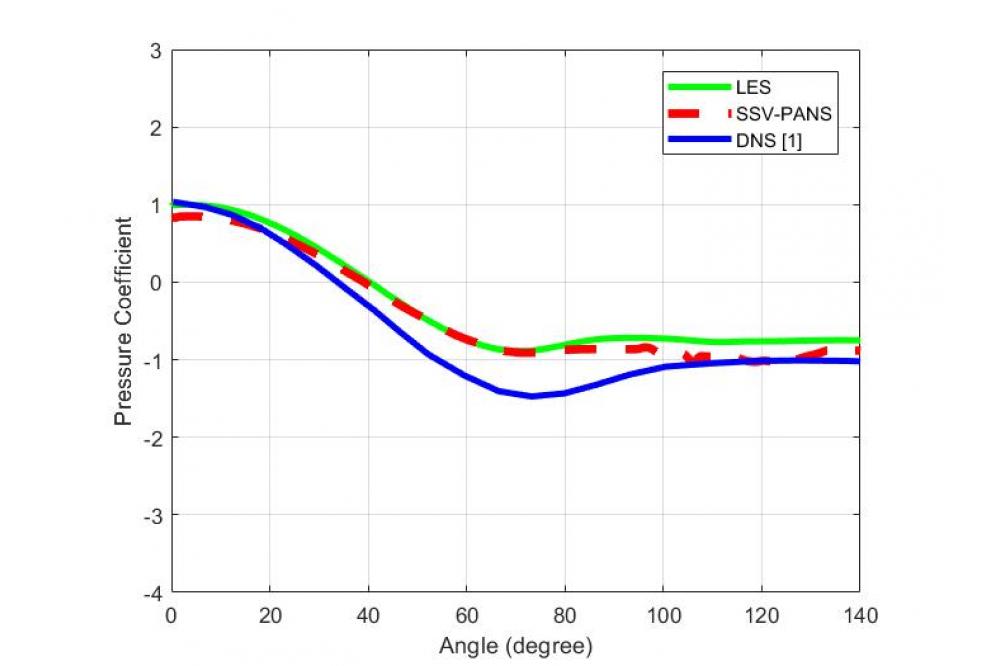 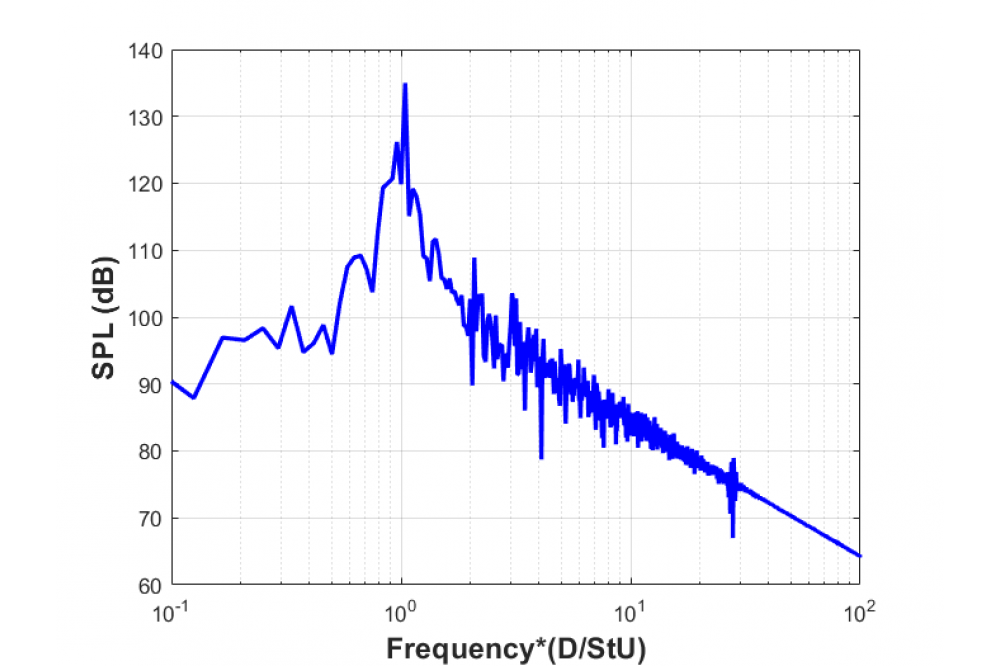 In recent years studying the field of aeroacoustics has been received special attention from researches for its undeniable role in designing structures such as bridges, buildings as well as vehicles and aircraft. The main goal of these kinds of studies is to reduce the vibration and noise as possible, which is the result of interaction between turbulent flow with surfaces. By means of Computational Fluid Dynamics, a good vision of system behavior can be achieved. In  literature,  there  is  a  concentration  on  the  numerical  simulation  of  aeroacoustic  noise generations, around geometries, such as single and tandem cylinders and airfoils. By using the decomposition of the flow field into incompressible hydrodynamics and compressible perturbation equations the aeroacoustic sources have been investigated.

In the current project, at first by using the Large Eddy Simulation (LES) with the finite-volume  solver  FASTEST,  the  flow  around  the  cylinder was investigated  in  the  context  of aeroacoustics. Although the LES has accurate results, it has very high computational cost, which make it hard to use for engineering problems. In the other hand, the Reynolds averaged Navier-Stokes equations (RANS) method, which is often used in industry, is not accurate enough for the field. Thus, The Partially-Averaged Navier Stokes (PANS) method which is a hybrid LES/RANS model combines the advantages of both methods and gives more accurate results than RANS while having less computational cost than LES. So after having the results of LES, then the PANS was implemented in FASTEST to compare the results and to achieve further developments in the field of aeroacoustics.

Computational Fluid Dynamics is used to provide a detailed description of the flow field around blunt bodies which cause the aerodynamic noise. So, also in this research the CFD methods will be used. At first the LES simulations were carried out for a stationary cylinder to provide the validation data for aeroacoustic noise computation with the PANS method in FASTEST.

The PANS model is developed as a continuous approach for hybrid RANS/LES methods with seamless coupling between the URANS and LES regions. PANS method can smoothly bridge from RANS to DNS with two resolution parameters:

The scale-supplying variable (SSV) method, is a recent approach for the PANS model, that solves an additional modelled equation for the resolved kinetic energy to supply the information for the correct cut-off scale The SSV-PANS model in FASTEST have been applied on cylinder to compare and discuss the results with the results of the previous part.

For the computation of the acoustic field an acoustic/viscous splitting approach which leads to the inhomogeneous Linearized Euler equations is used and the acoustic sources can be computed from the incompressible flow field.

The LES simulation and the aeroacoustic results, based on the LES sources, show well agreement with the DNS results. In Figure 1, the pressure coefficient has been presented and compared with the LES results. In case of aeroacoustics study by averaging Lighthill’s equation in the span-wise direction a two-dimensional wave propagation [1] was achieved and by using that the sound pressure level (Figure 2) and also the Power spectral density was discussed and compared with the available data. In addition, the SSV-PANS simulation for the stationary cylinder was done and the aerodynamic results such as the pressure coefficient (Figure 1) and the velocity contours were studied.

The results of the LES part were in good agreement with DNS results and also the aeroacoustic result were comparable with available data and as expected. The SSV-PANS results need to be improved. However, the Pressure coefficient (Figure 1) is in agreement with DNS and LES results, but some simplifying assumptions lead some in agreement in velocity contours. As it can be seen in the velocity contour of the SSV-PANS results. The fk also behaves correctly. It is near to zero where it is needed like near the cylinder and the back of the cylinder. And it is larger when the flow does not need the accuracy of the LES. But this also needs to be more deeply investigated, by employing different filter widths and length scale formulation and comparing the results.

[1] E. Kolb and M. Schäfer. A Hybrid Method for the Simulation of Aeroacoustic Effects Induced by Rigid Body Motion in Turbulent Flow. In OUPLED VIII: proceedings of the VIII International Conference on Computational Methods for Coupled Problems in Science and Engineering, CIMNE, 2019, pp. 221-232.