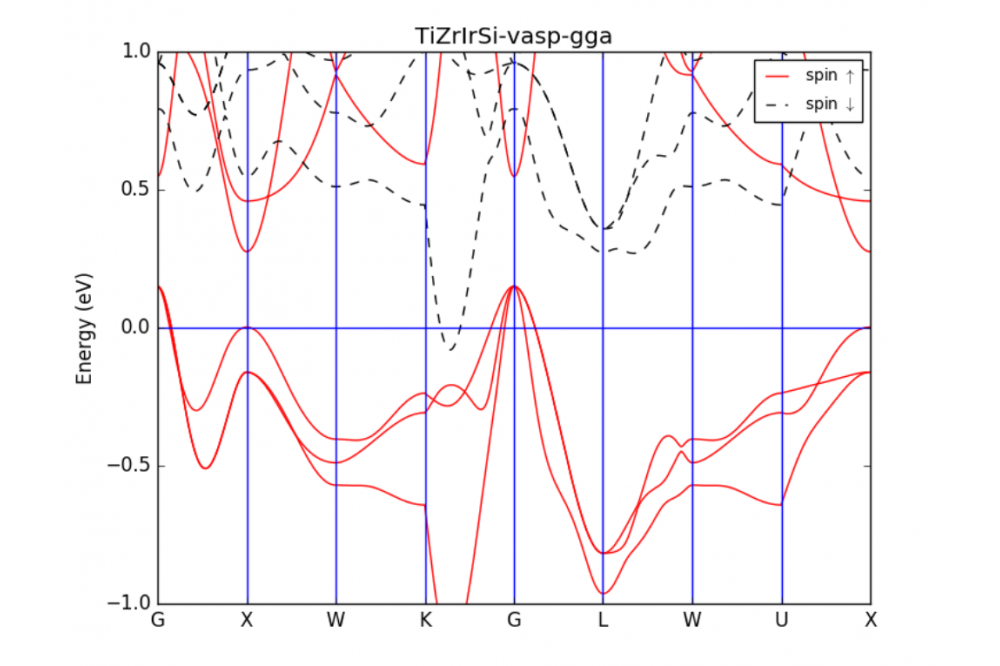 In our research, we have found 80 new spin-gapless semiconductor candidates. We have shown some new spin-gapless semiconductors among our results in Figure 2. For the shown compoun TiZrIrSi, the valence band maximum and conduction band minimum are in the opposite spin channels. So the carriers will change into the opposite spin channel when they are excited from band maximum to conduction band minimum. We get the conclusion TiZrIrSi can be used for spin switching SGS applications.