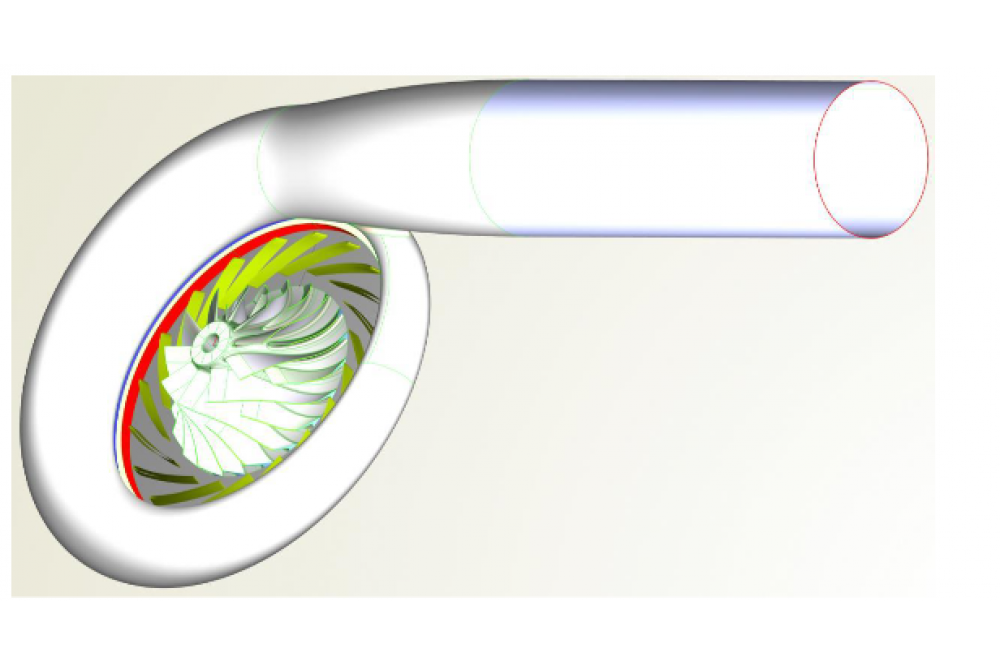 Ratz, Johannes Efficient gas engines for maritime applications of the next generation 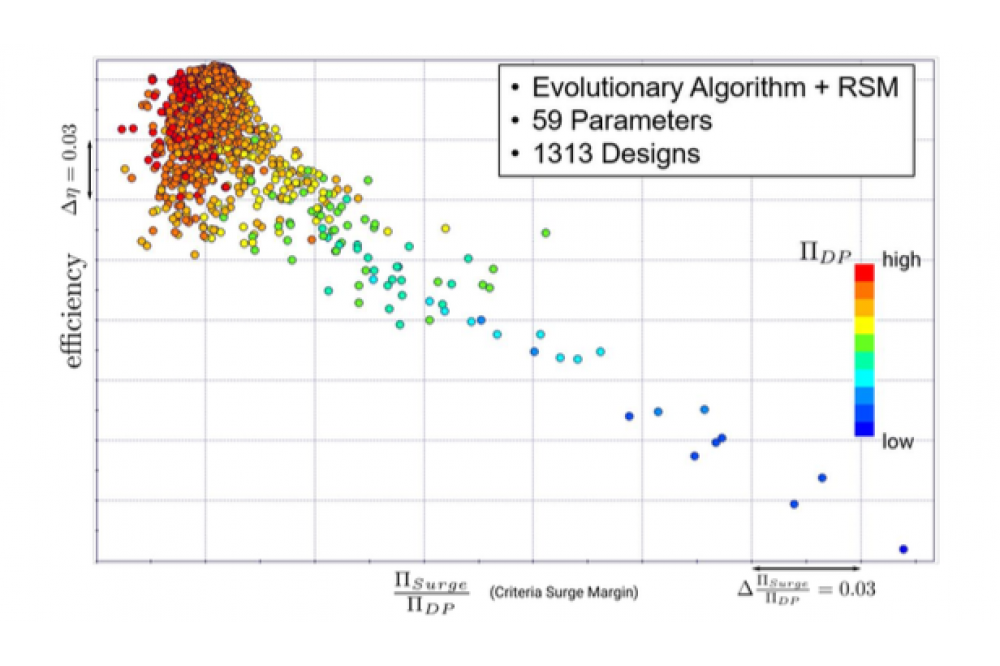 Ratz, Johannes Efficient gas engines for maritime applications of the next generation

Figure 2: Pareto front of the optimization (efficiency design point against criteria for surge margin), Designs coloured depending on the total pressure ratio

Not only in automotive and aviation industries, but also in shipping the engine manufacturer are forced by new environmental standards to increase efficiency and reduce emissions. The forced induction of internal combustion engines by turbochargers is playing an important role in this process. New engine concepts like gas engines having increased requirements on the turbocharger and therefore require new design methods.
Goal of this project is to extend the existing design process of centrifugal compressors, which is based on 1-dimensional design techniques or the scaling of existing compressors, by a process chain for an automatic design optimization with the aid of high resolution three- dimensional computational fluid dynamics. This extended design philosophy will be utilized to optimize an existing centrifugal compressor with a vaned diffusor in terms of surge margin and efficiency. Simultaneously, Computational Structural Mechanics will be carried out to ensure the components’ structural integrity. All the obtained knowledge will be used to identify loss- increasing design features and to formulate novel design guidelines.

The aerodynamic evaluation of the designs is done by using a finite volume discretization and the Reynolds-Averaged Navier-Stokes equations. The structural integrity is checked by a finite element approach. The overall optimization is carried out using evolutionary algorithms combined with response surface models.

Second phase of the project

In the second phase one optimized design was evaluated by means of unsteady RANS calculations. The transient results, more precisely the transient pressure data, mainly were used as input for long life fatigue strength calculations. It showed, that the vaned diffuser does not have a negative influence on the impeller and that the fatigue strength is within the specifications.