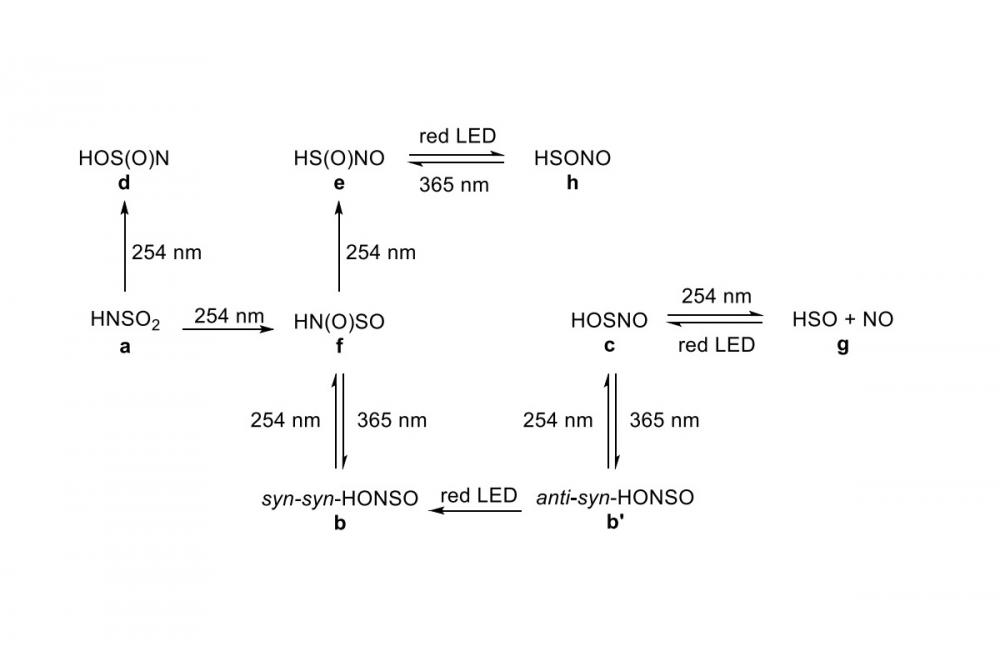 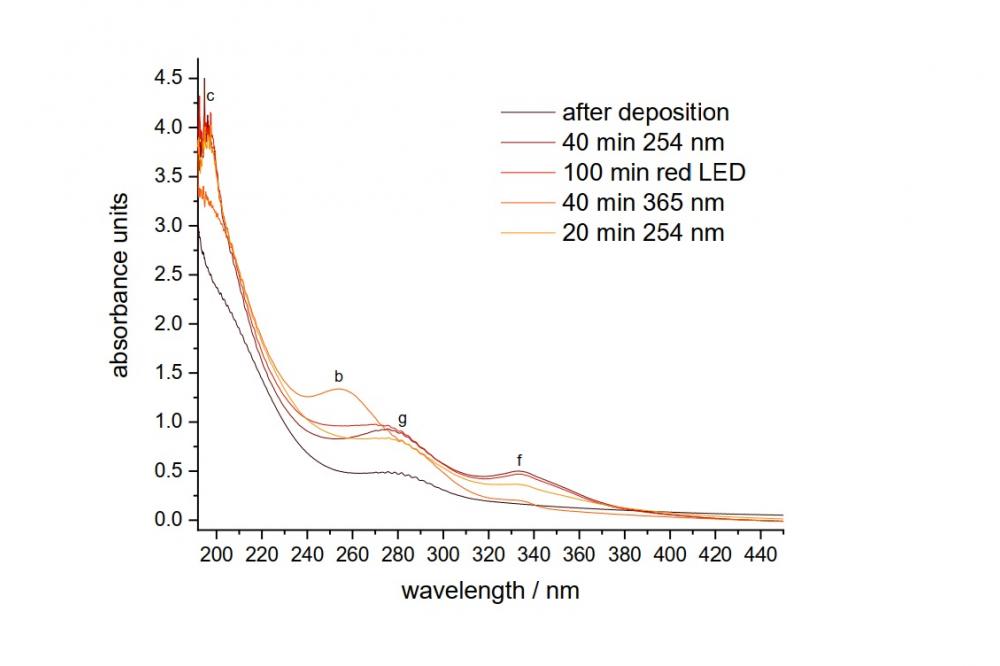 Sulfur-containing compounds present in the earth’s atmosphere impact cloud formation and thus our climate. The main source of its origin is dimethylsulfide (DMS) which is produced in large quantities by phytoplankton. While these compounds are widely abundant, their chemical interconversions are hitherto not well understood. Our recent research focused on the matrix isolation of a model compound to better understand the first step of the DMS oxidation in the atmosphere.[1] Furthermore, we were also interested in the photochemistry of HNSO2.[2]

We use the matrix isolation technique combined with IR spectroscopy to characterize the reactive species generated through photolysis of suitable precursors. The reactivity of the trapped species can be investigated by irradiating the matrix with UV/Vis light at different wavelengths. Simultaneously, we compute the corresponding potential energy surface (PES). The computations are also crucial to compare experimental with predicted IR spectra and hence for evaluating our experiments.

We were able to characterize the first carbon centered radical which possesses a sulfur atom in alpha-position.[1] Such a species is the postulated first intermediate during DMS oxidation, hence, our study supports this hypothesis experimentally. However, a formally spin-forbidden reaction with dioxygen has not been observed.

In the second study on the photochemistry of HNSO2, we detected some new species on the corresponding potential energy surface, including HONSO, HOSNO, HOS(O)N, HS(O)NO, HN(O)SO, and HSONO.[2] (Fig. 1) Both IR and UV/Vis spectra (Fig. 2) of these reactive species were measured and their energetics computed at the DFT level of theory.

Further research is focused on the matrix isolation of thioformamide, the parent system of widely abundant thioamides. Also, we are currently investigating its isomer aminomercaptocarbene.