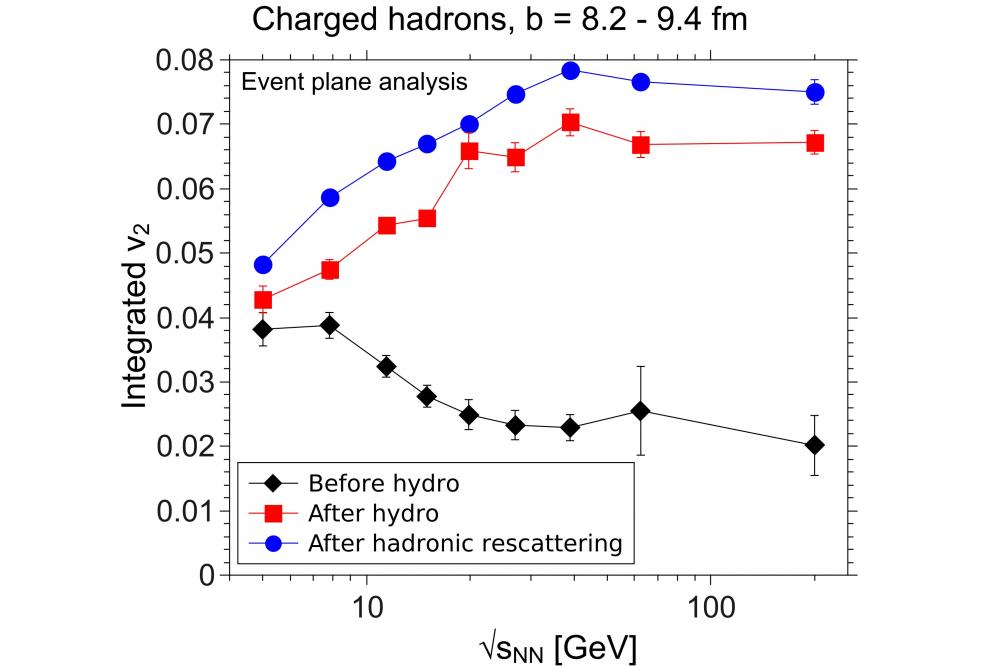 Fig. 1: Magnitude of v2 in midcentral collisions at the beginning of hydrodynamical evolution (diamonds), immediately after the end of hydrodynamics phase (squares) and after the full simulation (circles). 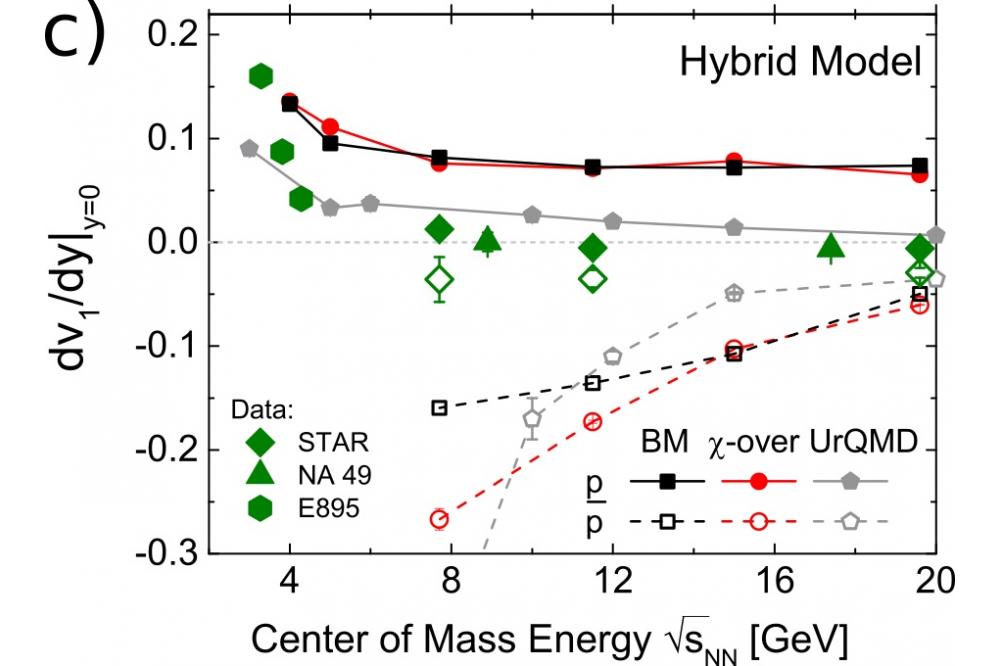 In heavy ion collisions at lower beam energies the QCD phase diagram is probed at high net baryon densities. To gain insights about the equation of state of strongly interacting matter and the transport properties of the newly produced state of matter, the quark gluon plasma, sophisticated dynamical models are needed.

In this work a hybrid approach based on ideal relativistic fluid dynamics for the hot and dense stage and hadronic transport for the initial and final non-equilibrium stage is used to explore flow observables in a wide range of beam energies, that has been recently investigated experimentally in the beam energy scan program at the Relativitic Heavy Ion Collider at Brookhaven National Laboratory.

This kind of dynamical simulations requires high performance computing since event by event calculations are essential to compare to experimental data in a realistic fashion. Anisotropic flow can be quantified by the Fourier coefficients of the azimuthal distribution of the produced particles and is particularly sensitive to the transport properties, such as the shear viscosity, of the produced system. At high collision energies it has been one of the main signals indicating that the quark gluon plasma behaves as a perfect liquid.

Therefore, it was rather surprising that the amount of elliptic flow is rather insensitive to a change in beam energy. Our calculations (see Fig. 1) show that v2 produced by hydrodynamics is considerably diminished at lower collision energies, but this decrease is partially compensated by the transport dynamics[1,2]. The pre-hydrodynamics transport phase is of particular importance for understanding the collision energy evolution, while the hadronic rescatterings after the hydrodynamical phase contribute more systematically ~10% to the total flow at all energies. Recent STAR data from the RHIC beam energy scan show that the slope of the net-proton directed flow v1 near midrapidity changes sign twice within the investigated collision energy range which has been predicted by earlier fluid calculations to be a signal of a first-order phase transition between hadronic matter and quarkgluon plasma. We examine the sensitivity of the directed flow v1 to the order of the phase transition by comparing hybrid simulations with a first-order phase transition „Bag model“ equation of state (EoS) to calculations with a chiral model EoS, which has a cross-over phase transition. As can be seen in Fig. 2 the two EoS are completely indistinguishable in the hybrid simulations, questioning the usability of v1 as a signal of the first-order phase transition[3,4].

However, the hybrid model results also deviate notably from experimental data, which makes further studies on the topic necessary.