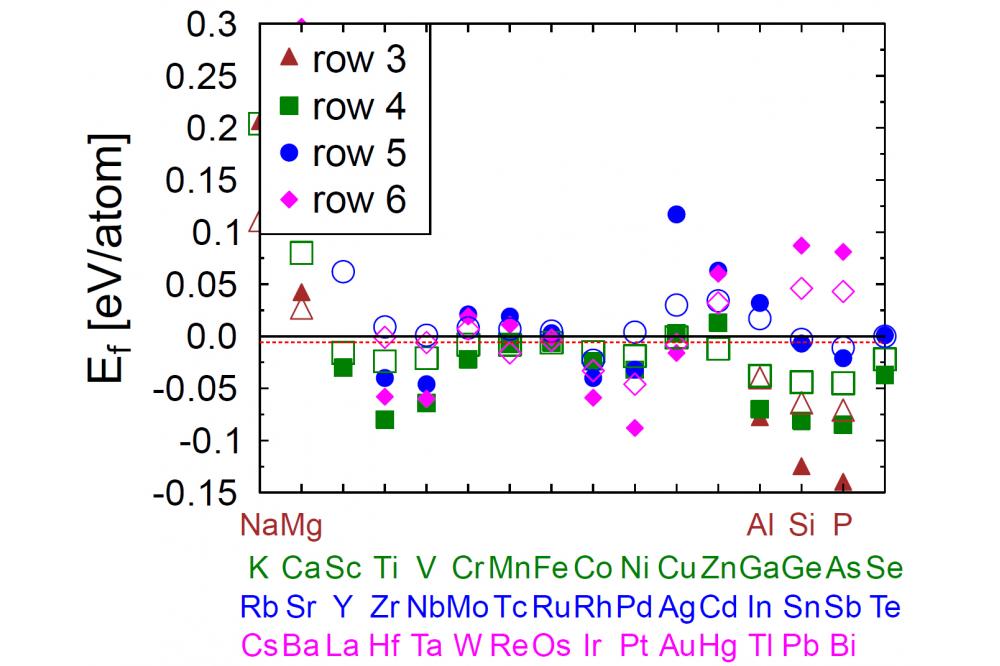 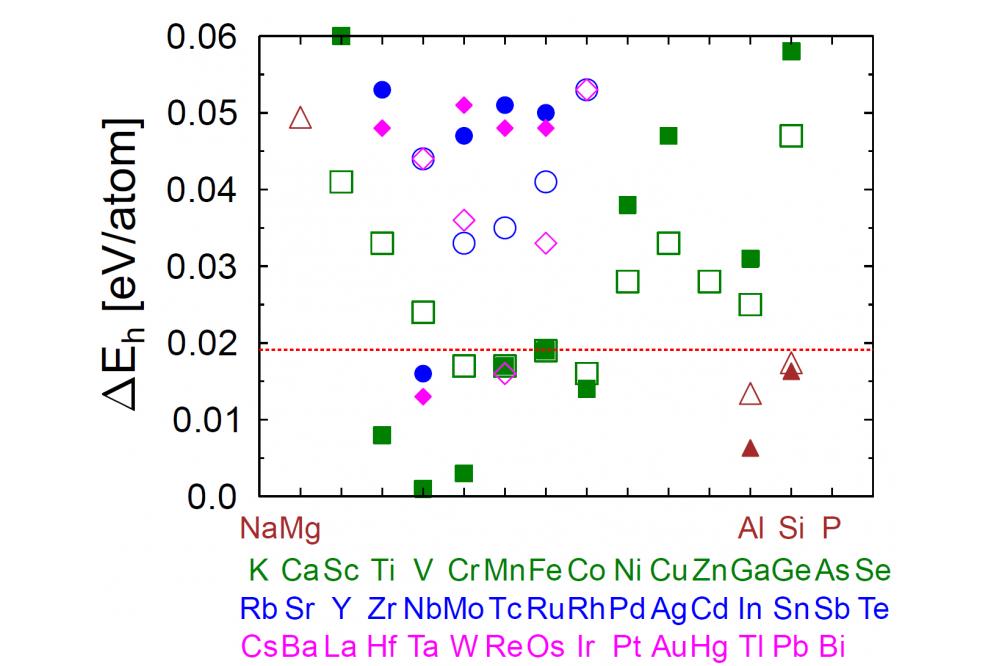 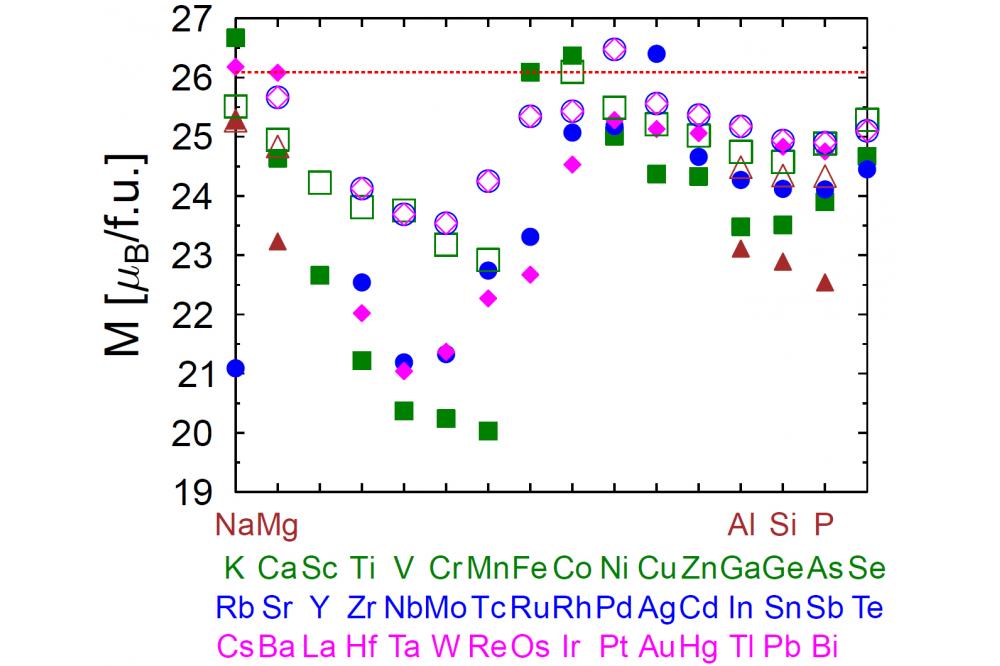 Permanent magnets are an important component in a wide range of everyday devices. Present high performance magnets like Nd-Fe-B contain a considerable amount of rare-earth elements, which have been subject to strong price fluctuations in the past. In this project, high-throughput density functional calculations are used for the prediction of new rare earth free permanent magnet materials.

Within this project, we have built up a database which includes about 9000 relevant competing phases for the calculation of ternary phase diagrams with the magnetic 3d elements Fe, Co, Ni, Cr andMn, so that the stability of a potential new magnet can be readily obtained. This database was used to predict several so far unreported materials with interesting magnetic properties. Further, we have extended our high-throughput environment HTE [1, 2] to detect possible magnetic spin structures for a reliable prediction of the magnetic ground state. This extends earlier implemented features like structure optimizations, phase stability at ambient and finite pressure, magnetic properties including magnetic anisotropy, and automatic detection of interstitial positions. Our high-throughput environment and database provides thus a unique framework for the high performance prediction of new magnetic materials on a supercomputer.

Using high-throughput calculations we have investigated the effect of interstitial B, C and N atoms on the stabilty, structural and magnetic properties of about 250 magnetic compounds with cubic symmetry. Permanent magnets requires in addition to a large saturation magnetization and a high Curie temperature a large uniaxial magnetocrystalline anisotropy energy. For cubic magnetic compounds, often the first two requirements can be fulfilled, while the magnetocrystalline anisotropy energy is typically small due to symmetry reasons. We have shown that in several of these compounds interstitials can lead to a stable, distorted structure with large magnetocrystalline anisotropy energy, in some cases comparable to known hard magnetic materials like L10-CoPt. Further, we have calculated several binary Fe and Co phase diagrams in the pressure range between 0 and 15 GPa in order to find new magnetic compounds which can be stabilized in high pressure synthesis. For Ca-Co and Bi-Co, where no stable ambient pressure phases are known, our calculations predict CaCo2 and Bi3Co to be stable around 5 GPa, in agreement with their recent synthesis at high pressure [3, 4]. In addition we predict several so far unreported phases to be stable in high  pressure synthesis. Our HTE database was also used to analyze the effect of substitutional elements on the stability and magnetic properties of YFe12 (Fig. 3). RFe12 compounds can combine a high Fe content (92 at.% compared to 82 at.% for Nd2Fe14B) with energy products similar to Nd2Fe14B [5]. Up to now there is however no stable RFe12 phase reported and the ThMn12 structure has to be stabilized by substitutional elements. In agreement with experimental reports, Ti, V, Cr, Al, Si and Re are identified as stabilizing elements for YFe12. In addition, we predict new stabilizing elements, where in contrast to the so far known stabilizing elements a degradation of the magnetization can be avoided.